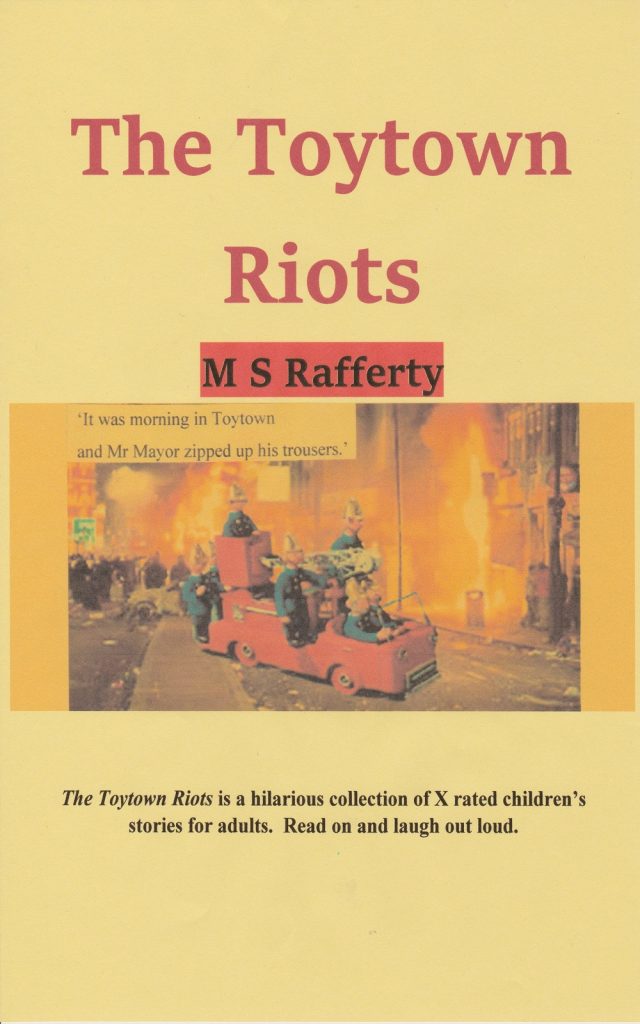 The Toytown Riots is a hilarious collection of X rated children’s stories for adults.

Watch Toytown erupt after PC Plopp arrests Johnny Spliff and assaults Sally Stiletto.  Follow Porky Piglet as he eats everything in his path, gets drunk, loses his virginity and considers entering politics.  Discover what terror is unleashed as Mammy plays with her favourite toy and moans, ‘God that you had life!’

These unique stories reflect the eighties Britain, of post punk and Margaret Thatcher, the Cold War and mass unemployment, football hooliganism and football fanzines.  The background music is The Clash, The Pogues, New Model Army, and Half Man Half Biscuit.

Weep with Teddy as he is pimped and abused and forced to turn tricks for bags of powder.  Set out with Moley on his big adventure to join the Rowdy Rabbits of Willow Woods.  Listen to Bill the wardrobe and Ben the chair as they tell tales from their attic bedsit.

Read on and laugh out loud.  Children’s stories will never seem the same again.