The bus is a slightly autobiographical, comic disaster novel.  Set during one Saturday in 2002, three strands are drawn together.  The interactions of diverse passengers challenge and reinforce stereotypes about modern Britain as they set out to board a King’s Cross train to Newcastle.  Two entwined family histories are developed in Barnthorpe, home of the shameless replacement coach driver.  Some of the writer’s past is explored as he wakes up and gets drunk across the day. 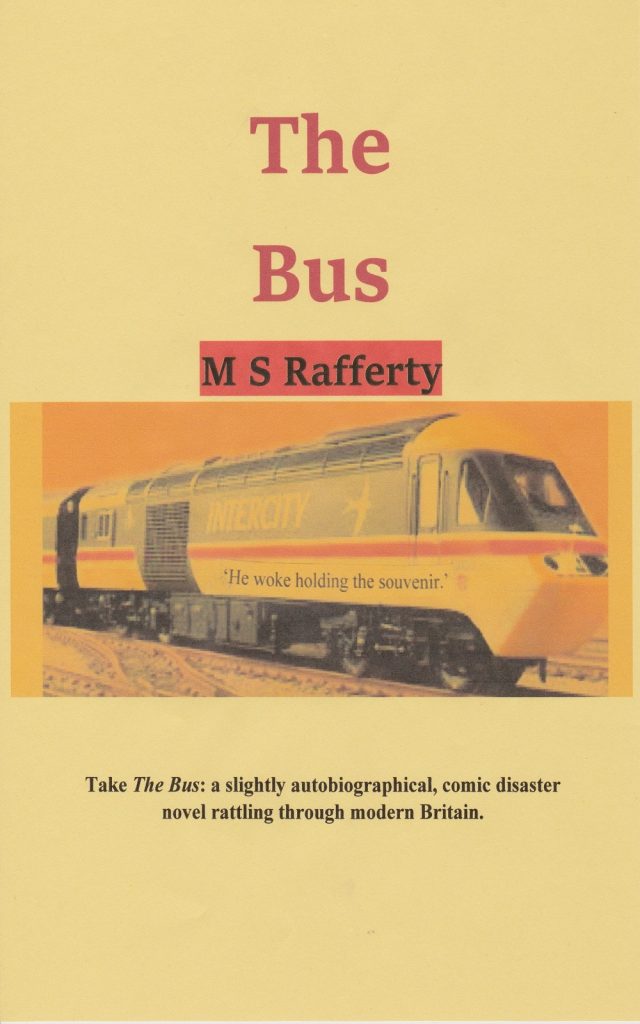 Follow the seemingly random passengers as they set off across London to board a King’s Cross train to Newcastle.

Meet those who may cross this journey: a paedophile killer, two cannibalistic hill farming brothers, a motorway cop, a homeless schizophrenic, a military commander, a man hunting rabbits, a drunken writer, and Simon Animanti the shameless replacement coach driver.